To taste Swahili food is to bite into the history of the east coast of Africa. Today's Kenyan kitchen is strongly influenced by the arrival of foreign settlers and traders from the far reaches of the globe. They came from Portugal, India, China, Persia and Arabia. They made fortunes in ivory, spices and frankincense and introduced new ingredients such as cassava, maize, cashew and avocados. They also brought with them new ideas from their own cultures and countries. As a result of the trade ships cultures intermingled and coastal towns grew and prospered. Centuries of foreign influence created a vibrant and exotic society. Gradually a new culture emerged: Swahili. Taken from the Arabic word for coast people, Swahili became the name of this shore line, its people, language, culture and cuisine.

Swahili food can be considered one of the world's first "fusion" foods. With its fragrant aromas and exotic flavors Swahili cuisine has emerged as a colorful mix of the best of African, Arabian and Asian flavors.

3Stones brings you a unique kitchen inspired by the Swahili people who live on the Kenyan coast. An opportunity to taste dishes from Lamu, Malindi, Mombasa and we even give you flavours from the Zanzibar islands where a lot of spices are grown.

Our kitchen uses an abundance of aromatic African spices like cloves, ginger, cumin, cardamom, cinnamon, nutmeg, vanilla etc. These spices are used in combination with exotic ingredients and ingredients you maybe already familiar with, but prepared in a different way. Coconut milk appears in a wide range of our menu items and it is one of the distinctive flavours of Swahili cuisine. To ensure that the quality of our food is on a high level our chef and dedicated kitchen staff use the best ingredients that the restaurant can source. 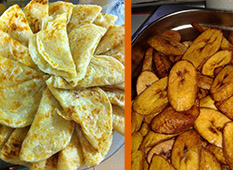